In the 15th century, fugitive peasants from Central Russia and the Volga region rushed to the vast steppes of the Don. That is how free people who were called Cossacks have emerged here. According to one hypothesis, this word is translated from Turkic as “daredevils”, “free people”. On the free land – on the expanses of the Wild Field – in the steppes and on the banks of the Don Cossacks arose. There are several versions about the origin of the Cossacks. But no matter what version is correct, one feature is obvious. Cossacks are free people! Since people not only from Russia have settled here, but also people from other lands, they all considered themselves Russian people and defenders of Russia. In the 16th century, the first permanent Cossack settlements on the Don appeared. This time is considered to be the time of formation of the Don Cossacks. 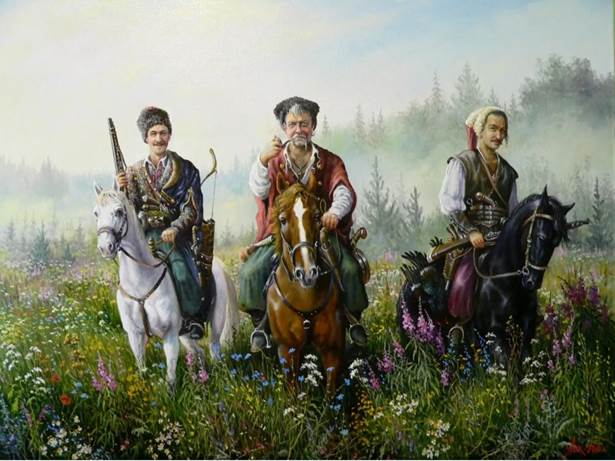